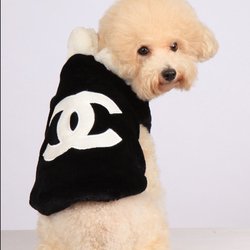 Cockapoos, Labradoodles and Puggles are mixed breed dogs that may not have been around for as long as you think. Crossbreeding began in the 1980’s by Wally Conron, breeding manager of the Royal Guide Dog Association of Australia. It began when he was approached to breed a dog that was both allergy friendly and could work as a guide dog. After some trials, the Labradoodle was born.

What Wally didn’t realise when doing this was that he had started a whole new revolution, and the mixing of dog breeds took on a life of its own. Wally, now retired, has called them Frankenstein’s dogs and rather regrets starting the trend in the first place. As with many trends that take flight, the down side of ‘designer dogs’ was not looked at in much detail. Three dogs out of the first few litters bred were allergy friendly and only one was good enough to be a guide dog.

Mixed breed dogs are often more healthy than pedigrees; however in the case of crossbreeds, many are bred for money, with little regard to their health.

Good crossbreeding could be the Labradoodle. Both dogs are gundogs and are bred for working in water. Poodles were used in Germany to retrieve wildfowl from lakes and rivers. Their hair was cut as the ‘poodle cut’ so they wouldn’t get laden down with excess water but could keep joints and organs warm. Labradors worked on fishing vessels, carrying ropes from one boat to another.

The problem of crossbreeding arises when very different breeds are mixed. A puggle is a mix of a pug and beagle; differences are obvious by just looking at them. Beagles were breed for hunting and using their nose a lot. They have been hunting dogs since at least the early 1300’s. The pug on the other hand, the oldest breed in the world, has a short nose, not much good for hunting. They were not bred to work and were used primarily as lap dogs in china.

Both these breeds have different genetics, temperament, needs and instincts. Mixing these together can lead to frustration, schizophrenia and serious behaviour issues. A gollie, golden retriever/collie is a mix of a hunting and herding dog. Again they have different instincts and drives which can cause conflict in the dog.+

Many breeds can be predisposed to certain health issues which breeders are trying to eradicate. Good breeders are doing great work with this by testing for commonly known medical conditions before breeding. Pups will also be tested before being sold for congenital disorders. This screening and testing rarely happens in crossbreeds which can have two different lots of medical conditions they could be predisposed to.

You may find it surprising that the labradoodles can be genetically predisposed to many illnesses. Poodles can have Addison’s disease, thyroid issues, epilepsy, hip dysplasia and cancer to name a few. Labradors can be prone to diabetes, elbow and shoulder dysplasia, and also hip dysplasia.

It is because of these that dogs need to be tested, their history should be known to prevent carrying on these genes. By adding different health issues to the dog’s genes, behaviour is also altered and can add difficult behaviours to eradicate.

So if you are thinking about getting a ‘designer dog’ do your research. Many of these dogs are being sold for more than a purebred puppy. These puppies and their doggie parents will generally not have had any testing done to check for congenital diseases. Research the breed, or mixed breed that you wish to have in your life and find out what they are prone too. Ask yourself, realistically, are you willing to do what it takes for your dog to have a happy healthy life should one of these aliments appear in your dog.

The Stretch From Hell !